Only foot kicks are allowed unlike some systems such as muay thai, and silat which allow the use of the knees or shins. Savate is a French word for “old shoe”. Savate is perhaps the only style of kickboxing in which the fighters habitually wear shoes. A male practitioner of savate is called a savateur while a female is called a savateuse, or tireur/tireuse. Savate takes its name from the French for “old boot” (heavy footwear that used to be worn during fights; cf. French-English loanwords sabot and sabotage and Spanish cognate zapato). The modern formalized form is mainly an amalgam of French street fighting techniques from the beginning of the 19th century. There are also many types of savate rules. Savate was then a type of street fighting common in Paris and northern France.

In the south, especially in the port of Marseille, sailors developed a fighting style involving high kicks and open-handed slaps. It is conjectured that this kicking style was developed in this way to allow the fighter to use a hand to hold onto something for balance on a rocking ship’s deck, and that the kicks and slaps were used on land to avoid the legal penalties for using a closed fist, which was considered a deadly weapon under the law. It was known as jeu marseillais (game from Marseille), and was later renamed chausson (slipper, after the type of shoes the sailors wore). In contrast, at this time in England (the home of boxing and the Queensberry rules), kicking was seen as unsportsmanlike. Traditional savate or chausson was at this time also developed in the ports of northwest Italy and northeastern Spain.

The two key historical figures in the history of the shift from street-fighting to the modern sport of savate are Michel Casseux (also known as le Pisseux)[8](1794–1869), a French pharmacist, and Charles Lecour (1808–1894). Casseux opened the first establishment in 1825 for practicing and promoting a regulated version of chausson and savate (disallowing head butting, eye gouging, grappling, etc.). However the sport had not shaken its reputation as a street-fighting technique. Casseux’s pupil Charles Lecour was exposed to the English art of boxing when he witnessed an English boxing match in France between English pugilist Owen Swift and Jack Adams in 1838. He also took part in a friendly sparring match with Swift later in that same year. Lecour felt that he was at a disadvantage, only using his hands to bat his opponent’s fists away, rather than to punch. He then trained in boxing for a time before combining boxing with chausson and savate to create the sport of savate (or boxe française’, as we know it today). At some point la canne and le baton stick fighting were added, and some form of stick-fencing, such as la canne, is commonly part of savate training. Those who train purely for competition may omit this. Savate was developed professionally by Lecour’s student Joseph Charlemont and then his son Charles Charlemont. Charles continued his father’s work and fought in 1899 an English boxer named Jerry Driscoll. He won the match with a fouetté médian in the eighth round although the English said that it was a kick to the groin. According to the well known English referee, Bernard John Angle of the National Sporting Club, in his book ‘My Sporting Memories’ London, 1925, “Driscoll did not know what he was taking on” when he agreed “to meet the Frenchman at his own game…” Angle also said that, “The contest ended in Jerry being counted out to a blow in the groin from the Frenchman’s knee.” He further alleged that “the timekeeper saved Charlemont several times.” After the fight Driscoll bore no grudges, considering the blow to have been “an accident.” the French, of course, claimed victory to their man by stoppage, following a round-kick (fouette median) to Driscoll’s stomach.

Savate was later codified under a Committee National de Boxe Francaise under Charles Charlemont’s student Count Pierre Baruzy (dit Barozzi). The Count is seen as the father of modern savate and was 11-time Champion of France and its colonies, his first ring combat and title prior to World War I. Savate de Defense, Defense Savate, Savate de Rue (“de rue” means “of the street”) is the name given to those methods of fighting excluded from savate competition. The FIS (International Savate Federation) is the official World Federation. 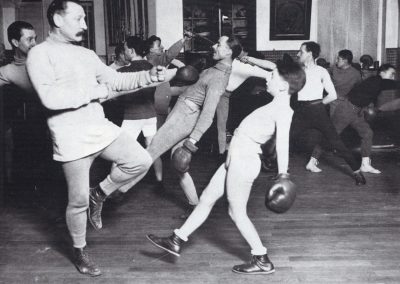 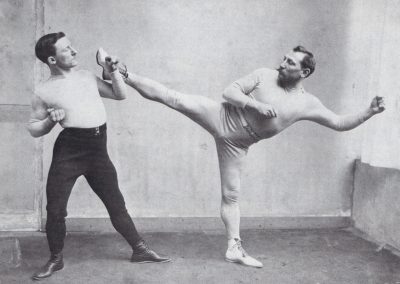 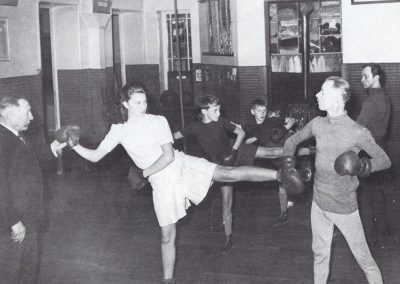 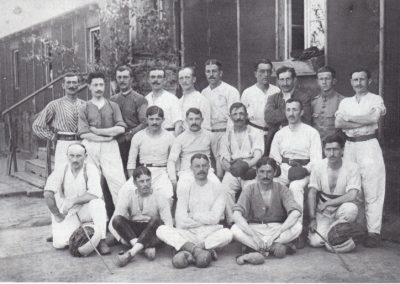 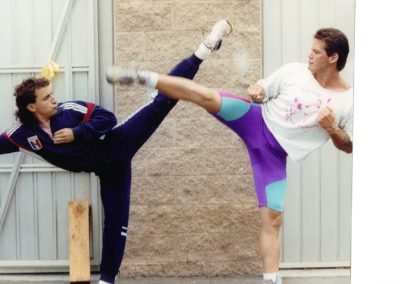 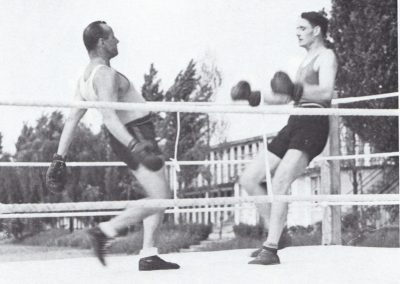 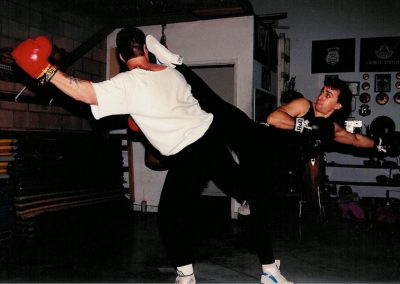 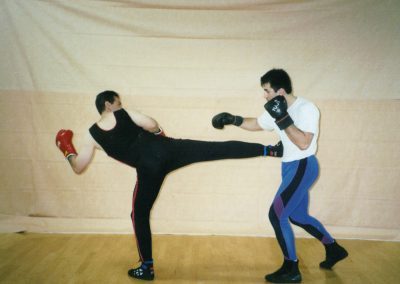 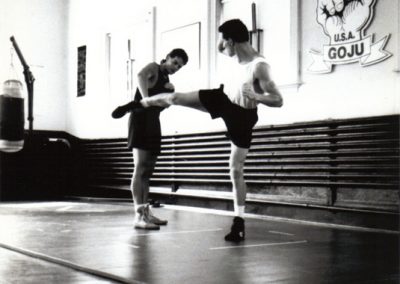 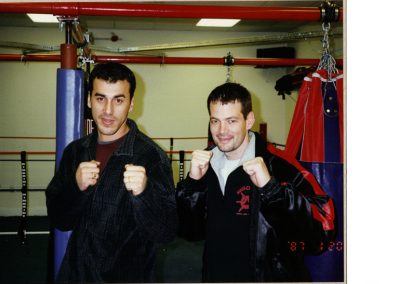